I recently moved into a new house—so recently that some things are still in boxes. Two months after a move is still an acceptable time for items to remain in boxes, right? As I was unpacking, I came across those family photos you always intend to put into an album or scrapbook but never get around to.

Some of the photos I found included the traditional family vacation to Disney World, which reminded me of one of my favorite childhood photos of my parents, brothers, and me as we pulled over on a road trip from Texas to California.

With school out for the summer, many teachers and students are either already on the road or may be soon for a well-deserved break from a school year during a world-wide pandemic. Even if your travels take you only as far as your backyard or local park, the beauty of summer vacation is all the time we have for books to take us to worlds far beyond those at Disney. 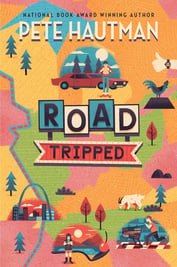 Road Tripped by Pete Hautman is aptly titled for a getaway summer read. It follows Stephen Gerald Gabel, who, after learning the real circumstances behind his father’s death, takes his iPod, his dad’s car, and his mother’s credit card and sets out on a road trip with no destination in mind. Just him, his car, his tunes, and an open road. 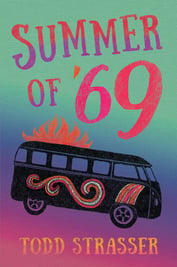 Another summer-themed road trip adventure to take you away is Summer of ‘69 by Todd Stasser. As the 60s come to an end, Lucas Baker’s only plans are to hang with his friends and enjoy their road trip to Woodstock. It isn’t long before Lucas finds himself in the middle of motorcycle gangs, his parents’ divorce, and the possibility of being drafted. Summer of ‘69 is part road trip, part psychedelic trip, and a great summer reading romp through history. 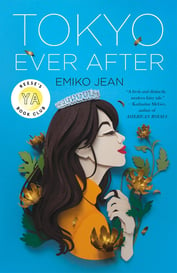 What better time than summer for a bit of a modern-day fairy tale and summer road trip to Japan? In Tokyo Ever After: A Novel by Emiko Jean, Izumi Tanaka, Izzy, is raised by her single mom, and copes with being Japanese in her mostly white community. Her life changes when she discovers that her father is none other than the crown prince of Japan. She travels to Japan where she learns that the princess gig isn’t all glass slippers and singing fauna, and that in America she’s seen as too Japanese and in Japan, she’s seen as too American. 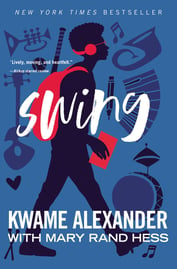 Of course, summer is also about the great American pastime—baseball, which, along with a healthy dose of jazz, is at the heart of Swing by Kwame Alexander. Swing, a novel in verse, follows best friends Walt and Noah, who have tried out and been cut from the baseball team each year in high school. But things turn around when Walt finally makes the team and Noah may finally make it past the friend zone with the girl he’s crushed on since third grade. A delightful mix of baseball, jazz, poetry, art, and advice from a guru who works at Dairy Queen, Swing is a homerun of a summer read. 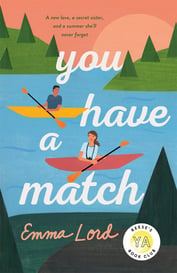 If there’s anything more summer than road trips and baseball, it’s summer camp. For Abby Day this would have been a normal enough experience in You Have a Match: A Novel by Emma Lord, except she discovers through a DNA service that she has an older sister whom her parents gave up for adoption—and now they are at camp together. Campers always return home with plenty of new memories, but will Abby also come home with answers and a relationship with the sister she didn’t know she had? 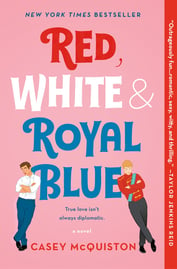 No American summer would be complete without an homage to the ol’ red, white, and blue. Red, White & Royal Blue: A Novel by Casey McQuiston is a charming delight of princes, problems, and public relations. When Alex Claremont-Diaz’s mother is elected president of the United States, he is immediately thrown into the spotlight. Because he is handsome and charismatic, he’s practically seen as American royalty. Trouble is, he has a real problem with actual royalty. British and U.S. relations may be in jeopardy because the press discovers a photo of an altercation between American “prince” Alex and the actual British Prince Henry. Handlers try to resolve the issues between the two for the sake of world peace—or long-standing allegiances at least—but they may have handled things too well as Henry and Alex move towards a secret romantic relationship. Could the fate of two countries, or more importantly, two hearts be at stake?

Thinking back to those summer days in the car with my parents, I realize how fortunate I was to sit in the back seat with my brothers and my books. I may do all the driving now, but that doesn’t mean I’m not still dragging books across the miles with me.

Download the below lesson on Road Tripped and save for the beginning of the school year!

Michael Méndez Guevara is a former high school journalism and English teacher who spent his time in the classroom helping students see themselves as writers and fall in love with reading through the world of young adult literature. As an educational sales consultant with Perfection Learning®, Michael works with teachers and schools on improving their literacy instruction and providing resources to help students achieve academic success. He has taught elementary school, middle school, high school, has worked as a district level leader, and served on the Texas state standards revision committee that developed the state’s current literacy standards. He is the father of three adult sons, the youngest a student at the University of Kansas—Rock Chalk! Michael is working on a professional development book for literacy educators and currently has agents reading the manuscript of his young adult novel  The Closest Thing to a Normal Life. When he's not reading, writing, or running, Michael is fully committed to watching as much Law & Order as possible.