The art of teaching can be enhanced by storytelling and great storytelling begins with great stories. Psychology has many of these as it is the study of human and animal behavior and cognition. Stories can bring a subject or topic alive for students and the goal of the books described below is to do just that. Happy reading!

Whistling Vivaldi: How Stereotypes Affect Us and What We Can Do 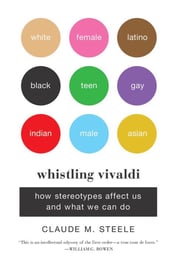 Whistling Vivaldi addresses the implicit bias that individuals of color face on a day-to-day basis. Author Claude M. Steele shares his own experiences growing up African American in Chicago and reports on data that he has collected from decades of research on stereotype threat. Steele even addresses the underlying biological factors that can cause stereotype threat and poses some potential remedies to ensure that people are not set up to underperform simply because of the group to which they are affiliated.

For those interested in creating classrooms in which all students can excel, this book does much to explain how small seemingly innocuous comments or actions can pose a tremendous impact on performance. An activity that can be done with students is a privilege walk (with case studies to preserve student privacy). Questions from the walk allow students to understand how their life experiences have given them an advantage or potential disadvantage in certain situations.

Behind the Shock Machine: The Untold Story of the Notorious Milgram Psychology Experiments 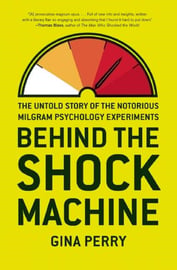 Milgram’s research study on Obedience to authority is one of the most famous studies in all of psychology. Gina Perry traces the origins of this study by examining the original IRB documents, interviewing participants (or their spouses or children), and diving deeply into the lore surrounding the “shock experiment.” Perry finds that much of what people believe they know about this study is mistaken—from the fact that nearly two-thirds of the participants were never debriefed to the belief that the person in the lab coat was Milgram himself. This book will change the way people view the Obedience study and one of the reasons which Milgram wanted to carry out this research. Gina Perry is a thorough researcher who has also written a brilliant book on Muzafer Sherif’s Robber’s Cave Experiment, titled The Lost Boys: Inside Muzafer Sherif’s Robbers Cave Experiment. Both books will provide invaluable information to supplement the teaching of Social Psychology.

Cleary this book is a great tool to teaching the Milgram obedience study in Social Psychology, but it can also be used as a research proposal to an Institutional Review Board. Students can act as members of the IRB board to determine if the study should be approved or if it violates ethical standards.

Kitty Genovese: The Murder, The Bystander, The Crime, The Crime that Changed America 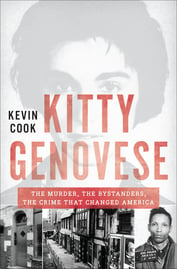 We take the option to call 911 in an emergency as a given, but this was not always the case. The tragic fate of Kitty Genovese, killed at the hands of Winston Mosely, is credited with the push for the creation of an emergency number to contact police.

Genovese lived in the Kew Gardens area of Queens, generally considered a safe area, and worked at a bar, often closing late at night. On the night of the murder, Kitty left work around 3:00 a.m. Mosely spotted her and began following her, parking just behind her as she parked and headed for home. He ran up behind Kitty and, while she ran, he began attacking her.

After a man shouted from a window to “Leave that girl alone,” Mosely ran off and the man assumed the attack was over. Unfortunately, Mosely returned and stabbed and sexually assaulted Kitty, who died in the lobby of her apartment building.

After Kitty’s death it was reported that 38 people saw the attack and did nothing, giving rise to the phenomenon known as the bystander effect. But the information that has been repeated over and over is not actually correct. Kitty died in the arms of her friend and neighbor while an ambulance was on the way. There are people who saw the attack and assumed it was a lover’s quarrel and even a friend from her building who saw the last attack and was too frightened to intervene. Many people reported calling the police, but they could not get through as there was no separate line for emergencies. Still others explained their mistrust of the police or the desire to stay out of a situation they knew little about.

Kevin Cook sets the record straight and shares more of the story of who Kitty Genovese was and why the legend that surrounds her death needs to be rewritten.

Teachers can pose a situation to students in which they are put in the place of one of the bystanders and must decide what they would do. Many people claim that they would behave a certain way in an emergency but behave much differently in reality.

Books for Psychology Class is written by Laura Brandt, Nancy Fenton, and Jessica Flitter, and is designed for teachers and students who love reading books about the wide range of specialties within the field of psychology. The intention of the blog is to provide teachers and students with book summaries and classroom activities that are engaging and promote the love of learning about human and animal thought and behavior. Each post includes a book summary; an original classroom activity; a list of key psychological figures/concepts addressed in the book; and resources including videos, podcasts, articles, and additional activities related to the book. Many of the activities can be used for a variety of different types of content areas. We have featured some of our favorite books for psychology since the launch of the blog in January 2014. To date, the blog has reviewed over 100 books and continues to add new reviews every few weeks. All contributors to the blog are long-time high school psychology instructors who want to share their passion for reading and for the discipline of psychology with both teachers and students of psychology.

Laura Brandt currently teaches AP® Psychology at Libertyville High School in the Chicago suburbs and online at the Center for Talent Development through Northwestern University. She has taught AP® Psychology since 1997 and has served as a reader, table leader, and question leader for the AP® Psychology Exam. She also serves as an examiner for the IB Psychology. Laura was awarded the Excellence in Teaching award from the American Psychological Association and recognized with the Margaret Moffett Teaching Award from the Society for the Teaching of Psychology. She was also a finalist for the Illinois Teacher of the Year. Laura earned her master’s degree in U.S. History at Northern Illinois University, a master’s degree in Psychology from DePaul University in Chicago, and her administrative certificate form Concordia University. She is currently working on her Ed.D. in Curriculum and Instruction.